Pippa Green, who has been with the REDI3x3 project and the Poverty & Inequality Initiative for nearly five years, is to leave SALDRU at the end of March to take up a position as the new Press Ombudsman. The Press Council announced her appointment last week. 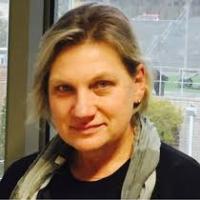 The Ombudsman’s role is to adjudicate complaints from affected members of the public about articles in print or online publications. The position falls under the Press Council of South Africa and is part of the self-regulatory architecture that governs ethics and the Press Code.

The three retired judges involved with the Press Council welcomed her appointment. Justice Yvonne Mokgoro, chairperson of the appointment panel, said: “Ms Green’s extensive news media and academic experience, her commitment to freedom of expression, media ethics and journalistic standards as well as her high profile in the industry will maintain the confidence of both the industry and the public in the credibility and authority of the Press Ombud.”

Chairperson of the Council, Judge Phillip Levinsohn, said: “She is eminently qualified to do this job”. Judge Bernard Ngoepe, chairman of the Council’s Appeals Panel, said Green’s vast experience “will inspire even more confidence in the institution and strengthen it even further”.

Green, who holds an MSc in Journalism from the Graduate School of Journalism at Columbia University in New York City and an Honours degree in Southern African Economic History from UCT, is the author of Choice, not Fate: The Life and Times of Trevor Manuel (Penguin, 2008).

Her more recent work includes a series of podcasts called History for the Future (in 2016) for Primedia, based on interviews with former Truth and Reconciliation commissioners, as well as several articles for publications such as Business Day, News24, the Daily Maverick and The New Yorker on some of the key economic challenges facing the country.

Most recently, she co-authored a paper, Taking stock of South African income inequality, with economists Professors Murray Leibbrandt and Vimal Ranchhod for UNU-Wider. She has also written a report on the REDI3x3 research project, summarizing 80 research papers and drawing out the main findings, which will be published in the near future.

She says she has learned an inordinate amount from the researchers and academics she has worked with on the REDI3x3 and NIDS projects over the past five years and is filled with admiration for their careful analysis that helps us to better understand the most pressing challenges in the country.