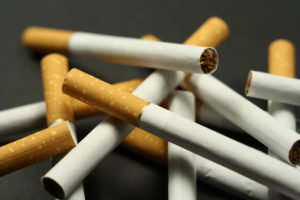 In the past year the illicit trade in cigarettes has received much attention in the media, with self-interested parties promoting their own narratives. One example is the prominent hashtag campaign #TakeBackTheTax, which claims government loses about R7bn in excise tax revenues every year.

The campaign was orchestrated by the Tobacco Institute of Southern Africa (Tisa), a body representing major tobacco manufacturers including British American Tobacco (BAT) and Phillip Morris SA. The Nugent Commission highlighted the growth in illicit trade in cigarettes as one of the consequences of the institutional meltdown at the SA Revenue Service (Sars). Just recently BAT SA commissioned Econometrix, an economic consultancy, to write a report on tobacco taxation. This urged the government not to increase the excise tax on cigarettes because it would lead to less, rather than more, tax revenue.

With the national budget due to be presented on Wednesday, the timing of this report was clearly aimed at influencing National Treasury officials. Industry-funded research, not just in SA but globally, pushes the narrative that taxes result in higher levels of illicit trade. To retain their consumers and protect their profits, tobacco companies fight excise tax increases as hard as possible, as they know that higher prices decrease consumption.

However, while higher excise taxes may create an incentive for illicit trade, the primary problem is not the level of the excise tax. Since 2011 the real (inflation-adjusted) excise tax has increased only marginally (by less than 10%), yet illicit trade has increased substantially. A recent study, based on data collected by the national income dynamics study, suggests that as much as 30% of the total number of cigarettes sold in SA are priced so low that they are almost certainly illicit. The prevalence of illicit cigarettes is extremely widespread, geographically, and among different population groups purchasing these cigarettes.

The primary problem is the criminality of tobacco firms involved in illicit trade, and the current lack of capacity and/or will at Sars to stop them. In 2013 Sars recognised that illicit trade was a serious problem, and it launched Project Honey Badger to curb the scourge. Before the project was able to reap results, many of the specialised units at Sars involved with Project Honey Badger were disbanded by then commissioner Tom Moyane, and illicit trade flourished. The expression “when the cat’s away, the mice will play”, became particularly pertinent for SA’s tobacco sector, especially after 2014.

While taxes may create an incentive for illicit trade, global evidence has shown time after time that the existence of an incentive does not have to lead to action. Georgia is a case in point. Despite recent tax increases, illicit trade in cigarettes remains negligible in that country. In contrast, Cambodia has one of the lowest cigarette taxes in the world but has a booming illicit cigarette market because of its poorly functioning tax administration.

The tobacco industry, and in particular BAT SA, has effectively controlled the amount of tax paid by the consumer for many years given the way the Treasury levies the excise tax. For the group to now cry foul over the “high excise tax” is disingenuous. In 1994 government announced that it aimed to set the excise tax such that the total tax burden (excise tax plus VAT, expressed as a percentage of the retail price of the most popular brand) would equal 50%. This target was achieved in 1997. The only change to this rule came in 2004, when the government increased the total tax burden target to 52% of the retail price. Though government sets the tax rate, industry decides on the retail price.

After 1997, when the 50% total tax target was reached, the Treasury passively increased the excise tax on cigarettes by whatever amount was required to keep the total tax burden at 50% (and 52% after 2002). The Treasury did not prescribe BAT SA’s pricing strategy. BAT SA, using its dominant position in the market and knowing that its product was addictive and thus not very price elastic, ratcheted up the prices. In this spiral of increasing net-of-tax prices and retail prices, the excise tax also spiralled upward, driven by the tobacco industry’s pricing strategy. The result of this pricing strategy was that, despite the tough regulatory environment, the rapid increase in excise taxes and the loss of sales volumes, BAT SA was much more profitable in 2010 than in 1994.

BAT SA’s happy experience of rapidly increasing turnover and corporate profits ended abruptly in 2010 as new entrants, attracted by extremely high profits, entered the market with cheap cigarettes and started undermining BAT SA’s dominance. Over time the trickle of new entrants became a flood. Now BAT SA is crying foul over all the competitors in the market selling cigarettes at very low prices. What it does not acknowledge is that over a period of more than 15 years its pricing strategy created a fertile breeding ground for competitors to enter the market.

If Tisa’s claim that the government loses about R7bn a year is broadly correct (our estimates suggest that it is more likely to be about R5bn), Sars has a strong incentive to go after the tax evaders in the tobacco industry. It will be good for the fiscus and good for public health in SA.

There is evidence that many of the small tobacco producers are involved in the illicit market. Illicit trade is a significant problem in SA and needs to be dealt with quickly and effectively. To achieve this, Sars needs to drastically improve cigarette supply-chain controls by implementing a track-and-trace system that would ensure all products manufactured in the country are accounted for. While the illicit cigarette trade in SA is a serious problem, its presence should not be used to undermine tobacco control policy, because the underlying cause is weak tax administration, not the tax level itself.

SA should ratify the World Health Organisation’s framework convention on tobacco control’s protocol to eliminate illicit trade in tobacco products and join the more than 45 countries that are already parties to the protocol. Becoming a party to the protocol would allow SA to draw on technical assistance and international collaboration in tackling its serious problem with illegal cigarettes.

• Van Walbeek is the principal investigator of the economics of tobacco control project at the University of Cape Town’s school of economics. Vellios, Ross and Rossouw are researchers on the project.

This article was originally published in the Business Day.