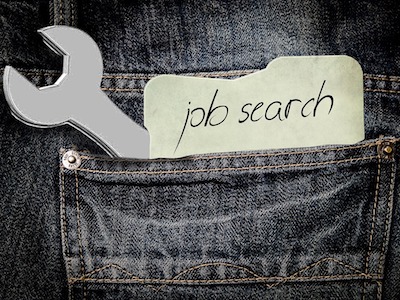 South Africa’s unemployment rate is one of the highest in the world. It is consistently measured above 20%. This is a national crisis that feeds two of the country’s other big socio-economic challenges: poverty and inequality.

Academic labour economists have been trying to understand this for more than two decades. Why is our unemployment rate so high? And what can be done about this? These questions are difficult to answer definitively because the causes of South Africa’s unemployment are complex. There are many factors shaping the evolution of our labour market and economy.

To understand the South African unemployment problem, we need to confront the legacies of our history.

Under apartheid, state policy was used to remove black people from cities and to prevent them from acquiring skills or getting high-status jobs. This caused an oversupply of cheap black labour, which benefited the owners of business enterprises, particularly in agriculture and mining. Over time, these two industries have become more mechanised and capital-intensive, and less labour-intensive. This is an important historical factor that partly explains our current unemployment problem.

However, these reasons are not sufficient to explain our high unemployment rate. Several other countries have transitioned from primarily agricultural or resource-based economies without these levels of unemployment. Also, South Africa experienced a long period of economic growth from the mid-1990’s until the 2008 global recession. This was not a period of jobless growth.

Instead, what happened is that the net rate at which people entered the labour market exceeded the rate of job creation. This led to a situation of having both more employed people and more unemployed people simultaneously. At least part of the unemployment story involves substantial increases in labour force participation in the post-apartheid era.

This is also visible in the ever-widening earnings distribution that is driven by extremely high wage growth for people with a tertiary qualification. Any sustainable solution to our unemployment crisis will need a big improvement in our education system.

To my knowledge, no large developed country has bypassed a developmental stage of having a large manufacturing sector. Given our demographics, we would need a manufacturing sector that employs many unskilled and semi-skilled workers. Also, in a competitive global market, this would require competing with extremely cheap labour in large-scale operations in other developing and emerging market economies. This is difficult to support in a country that already has one of the most unequal societies in the world.

Investors are wary of risks

Ultimately, our unemployment problem reflects that the demand for labour has not adapted to the relative abundance of unskilled labour in this country. Why has this not occurred? A few reasons come to mind immediately.

Firstly, South Africa has several industries with only a few players in those industries, who dominate the market. This can lead to a lack of competition, stifled innovation, and keep new, small firms from entering. This may reduce job creation.

Secondly, for historical reasons again, we have a low-trust society. This manifests in excessive bureaucracy and labour disputes that are costly to both workers and management. The effect of this is that employers can become highly risk-averse when considering applicants with little work experience or lower levels of qualifications. Again, the net effect is to reduce employment below its potential.

Thirdly, investors are wary of risks that might affect their return on investments. This includes threats to property rights, social and political instability, and perceived levels of corruption. If people are not willing to invest in a country, it is almost impossible to generate new jobs.

There are no clear and immediate solutions to the unemployment problem. Nonetheless, there are some obvious pre-requisites to finding sustainable solutions. We need a high quality educational sector that is accessible to everyone. We need to address widespread poverty, as it limits human development. We need to find a way for firms and labour to cooperate better. Finally, we need a dynamic and innovative economy where people are sufficiently rewarded for experimentation and risk-taking. The task ahead is challenging, and will require exceptional leadership from multiple constituencies in society.

Vimal Ranchhod is a professor of economics at the University of Cape Town’s School of Economics and the acting director of the Southern Africa Labour and Development Research Unit. This article is part of a series.

This article was originally published on GroundUp.

Measuring the economic benefits of Whiteness during apartheid
26th Feb 2020