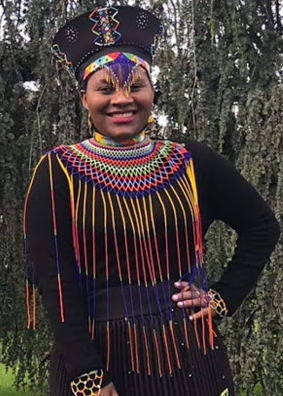 Bongai Munguni, a SALDRU PhD scholarship awardee is on Cotutelle as she has been selected for the Researchers without Borders PhD programme. This programme is an arrangement that enables students to be jointly enrolled at the University of Cape Town (UCT) and University of Bristol (UoB) in England simultaneously. At the end of the programme, Bongai will graduate with two PhDs; one from UCT and another from UoB. As a result, Bongai will also have two sets of supervisors: Prof. Murray Leibbrandt and Prof. Susan Parnell from UCT and Prof. David Gordon and Prof. Richard Harris of UoB. For her PhD research, Bongai will be looking into poverty and inequality in Mozambique.

Bongai has already started her time at UoB where she will be until the academic year end, mid-way through the calendar year. She will then be at UCT from September until mid-2021 for her second year. Her third year will be at UoB and her final year will be at UCT again.

We wish Bongai all the best for her PhDs!

Bongai’s education journey
Bongai expressed the desire to share her educational journey to get where she is now, along with some pictures from this journey, saying, “What I just want to point out is that there are poor people who could be somebody if they get a bit of genuine help!” and, “If I did not get help from the people who were willing to assist me I was never going to reach where I am, despite having a passion of learning.”

Being born in Zimbabwe and having grown up in a village in Mozambique, accessing school was difficult for her. Her mother could not afford school fees. As a result, during secondary school (form one to four), Bongai worked on a tea farm owned by the company that ran her Zimbabwean school, and used her salary to pay for her school fees. She and fellow schoolmates picked tea leaves from 6am to 12 midday and then went to school from 1pm to 7pm.

Due to financial reasons, Bongai had to drop out of formal schooling for high school (form five to six) and took on domestic and child care work in order to earn money for exam registrations. Though she did not attend formal classes, she studied at home, aided by notebooks shared with her by other students and by being tutored Mathematics by a student from the University of Zimbabwe, and Accounting by a teacher, who both kindly tutored her for free.