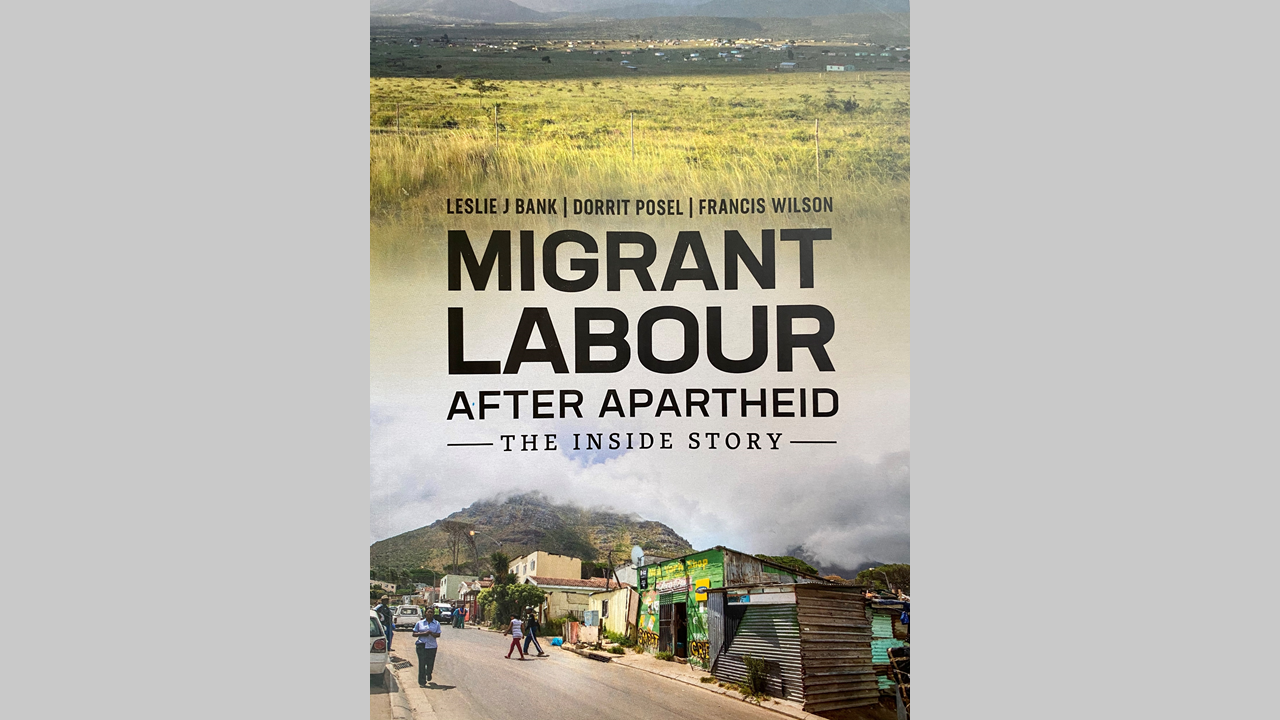 SALDRU is delighted to announce the launch of a new book, Migrant Labour After Apartheid, produced by the Human Sciences Research Council (HSRC), and edited by SALDRU’s own Emeritus Professor Francis Wilson, in partnership with SALDRU friends Leslie Bank (HSRC) and Dorrit Posel (Wits University). Research used in the book was supported by SALDRU’s Research Project on Employment, Income Distribution, and Inclusive Growth (REDI3x3), which ran from 2012 – 2018.

South Africa’s migrant labour system, enforced by the pass laws, was institutionally dismantled after apartheid. However, the legacies of circular migration and double-rootedness continue to permeate society at every level and the population remains highly mobile as people (both adults and children) migrate out of and within urban areas, while migrants still return to the countryside.

Migrant Labour After Apartheid highlights the complex and dynamic relationships that migrant workers still retain with their rural household of origin. Although there is evidence to suggest that traditional patterns of labour migration have declined, particularly in the last decade, the countryside continues to provide a home for children, a safety net to fight poverty, and a space of cultural authenticity. It also remains a preferred place of investment for retirement, reflecting pervasive urban insecurity and an enduring rural connectedness. This interdisciplinary volume explores the complex socioeconomic dynamics of persistent double-rootedness in the face of far-reaching social change.

Reflections on the Work of the Future
27th Sep 2018

Why is South Africa’s Unemployment Rate so High?
28th Feb 2019