In this paper, we study how citizens in poor communities in Tunisia and South Africa evaluate different types of clientelistic exchanges. We use two conjoint experiments that vary key characteristics of clientelistic exchanges (such as whether the relationship between citizens and politicians is equal or unequal, whether the resource given by the patron is abundant or scarce or whether the clients benefitting are individuals or a group). We ask how acceptable the exchanges and the behavior of patrons and clients is. We find that clients are overall seen in a more positive light than patrons and that the inequality of the exchange is an important driver of perceptions of undesirability of clientelism. In addition, collective exchanges are seen more acceptable than those benefitting an individual. At the same time, there are important country differences: respondents in Tunisia have a much more negative view of all forms of clientelism than South Africans who, in contrast have more differentiated views on these exchanges. Data from a convenience sample of political scientists is very much in line with results from Tunisia. Overall, our results suggest that some aspects of clientelism- such as inequality – are universally judged unacceptable whereas other evaluations appear to be more context driven. 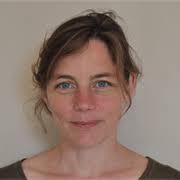 Eva Wegner is an assistant professor at the School of Politics and International Relations at University College Dublin (UCD) working on political behaviour, accountability, inequality, and development in the Middle East and Sub-Saharan Africa. Before joining UCD, she worked at SALDRU and at the German Institute of Global and Area Studies. Her work has appeared in the Journal of Conflict Resolution, the Journal of Economic Behavior and Organization, and the Quarterly Journal of Political Science, among others. Her research topics are Political behaviour,  Accountability, Inequality and Development.