This paper investigates the evolution of the gender wage gap in South Africa, using the 1993–2015 Post-Apartheid Labour Market Series data set. The changes in the gap are heterogeneous across the wage distribution.

There has been a substantial narrowing of the gap at the bottom of the distribution, attributable to the implementation of the minimum wage in low-paying industries. However, the median gender wage gap is substantial at 23–35 percent. This is unexplained by differences in human capital characteristics and is not declining over time. This implies that wage-employed women in South Africa have better human capital characteristics than men. Contrary to previous literature, the wage gap at the mean narrowed from 40 percent in 1993 to 16 percent in 2014. The gap at the 90th percentile declined during 1993–2005 but has expanded in recent years. This is due to a continually expanding unexplained component of the wage gap, which is usually associated with discrimination.

The paper is available here 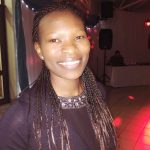 Jacqueline Mosomi is a Post-Doctoral Fellow at SALDRU. She recently completed her PhD in Economics at the University of Cape Town under the supervision of Prof. Martin Wittenberg. She holds a Masters degree in Economics from the University of Nairobi. Her work in SALDRU focuses on the long-term consequences of incomplete education and gender gaps in labour market outcomes within the Siyaphambili project. Her research interests include inequality, data quality, labour economics, gender issues and education.