The wage-setting power of firms: Rent-sharing and monopsony in South Africa

Using administrative tax records from South Africa for the period 2011–14, I find that firm wage premia explain 25 per cent of the total wage variance, 60 per cent of the gender wage gap, and 40 per cent of the gap between workers in the middle and the bottom of the income distribution. Next, I argue that in contrast to the rent-sharing literature, many studies of monopsony fail to use firm-level wage variation.

I address this by using the estimated firm wage premia to estimate how wages are related to rent-sharing and monopsony power. I find that the average worker switching from a firm in the 25th percentile to the 75th percentile in profitability is paid 32 per cent more; and that the same switch across the distribution of monopsony, as measured by the Herfindahl–Hirschman Index in industry-by-local labour market hires, decreases wages by 10 per cent on average. When monopsony is measured using a separations approach, I find a labour supply elasticity of 0.75, suggesting substantial wage-setting power.

Finally, I provide additional evidence supporting the applicability of the monopsony model in explaining these results. Differences in labour supply elasticities across gender and income groups account remarkably well for the corresponding average gaps in firm wage premia, and unions substantially increase rent-sharing in firms.

You can find the working paper here. 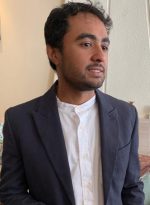 Ihsaan Bassier is a PhD student at the University of Massachusetts, Amherst, with interests in labour and political economy in South Africa. The paper presented forms part of his dissertation, which is on monopsony power and bargaining in labour markets.

Previously, he studied his undergraduate and honours at UCT, and worked as a research assistant at SALDRU.